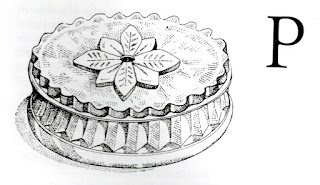 Margaret Fulton’s recipe for porridge ends with this:

“Serve piping hot in cold soup plates and dip each spoonful into individual bowls of cold milk or cream before eating.”

The mise-en-scene here—the choice and arrangement of dishes (soup plates, individual bowls), the choreography of each mouthful (the spoonful passing from plate, to bowl, to mouth) and the careful management of the contrast of hot and cold (hot porridge, cold plate, hot spoonful, cold milk or cream)—shows a kind of theatre and attention to detail worthy of the modern molecular fine dining experience. It is about respecting all the elements of a dish and its consumption, and it starts with its conception. Her granddaughter Kate Gibbs tells the story of her grandmother’s irritation when she made porridge for her and left out the salt. “Kate, there are three ingredients in porridge. Use all of them.”

Margaret Fulton was Scottish by birth and no doubt had a special connection to porridge, but this combination of simplicity, sophistication and rigour is the hallmark of her contribution to Australian food culture. They come into their own in her Encyclopaedia of Food and Cookery, turning their full force on the challenges of compiling an encyclopaedia: what to include and what to leave out? How to organise? How to answer again and again the impossible philosophical question: What is x?

Again and again, she takes it in her stride, adapting her approach each time and choosing the technical, cultural, historical, personal, circumstantial and/or physical attributes that best convey the item’s ‘thisness’ in as succinct a way as possible.

Take her encyclopaedia entry on ‘Pie’. The basics: “Although there are exceptions, a pie usually consists of a filling topped with a crust; it may or may not have a bottom crust as well.” The variations: “Fillings range from hearty meats to delicate fruits and the crust can be made various kinds of pastry, crumbs, scone dough, meringue or even mashed potato.” Then the sublime summation: “What they all have in common is that a pie is invariably acclaimed as a treat and a sign of a caring cook.” What is a pie? A treat and a sign of a caring cook. This description was recently quoted by a chef in his introduction to a pie recipe in the Sydney Morning Herald, because it stays in the mind and is hard to beat.

‘Bread’ is initially more resistant to definition, demanding an appeal to language and convention: “The products we call breads today are an agreed group of preparations rather than a rigidly defined category.” And yet. This is an encyclopaedia, and the show must go on. She moves through the variety of things called bread in different parts of the world, then comes back to resolve that initial hesitation with a definition that effortlessly spans the physical and metaphysical: “However, it can be said that the main ingredient of all bread is flour of some kind and that ‘bread’ always means a wholesome and sustaining food.”

It (she) goes on. Eggs are characterised by what they do (thicken, leaven, emulsify, enrich, bind, protect and glaze), fish by its beneficiaries: “the gourmet’s joy, the hurried cook’s friend, a boon to weight-watchers and the cholesterol-conscious”, and Gormeh Sabzee, “a Persian stew made with lamb, a very large bunch of parsley (3 cups chopped) and kidney beans”, is honoured with the holy trinity of the home cook: “economical, nutritious, and delicious.”

Margaret Fulton’s talent for connecting with a dish—old or new, near or far, high or low—and communicating its value gave her a depth and breadth that accounts for why she looms so large over the Australian cultural landscape. According to the jacket of Margaret Fulton’s Encyclopaedia of Food and Cookery, she considered the book “her greatest achievement.” What comes through in reading it is not so much an encyclopaedic “knowledge”, but an encyclopaedic mission. She was always in touch with the leading edge of food culture, but she took everyone and everything with her. 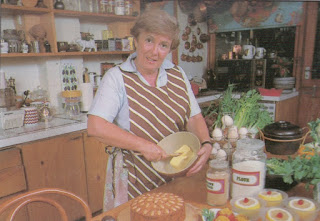 Batsy
I blog to ease the muttering.